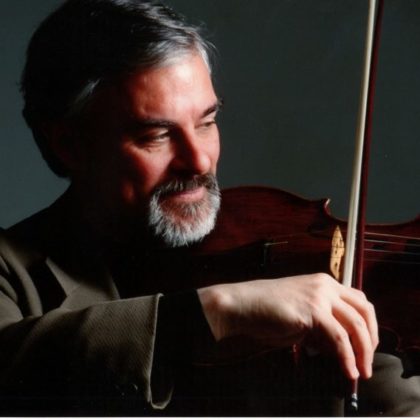 Daniel Avshalomov is the violist of the American String Quartet, which enjoys its fourth decade of international acclaim. Recently hailed by Strad magazine as “one of the finest occupants of that chair, both instrumentally and musically, of any quartet now active,” Mr. Avshalomov finds time each season for concerto appearances, recitals, and collaborative concerts, and returns as a featured performer to festivals across the country.

Before joining the Quartet, Mr. Avshalomov served as principal violist for the Aspen, Tanglewood, and Spoleto festival orchestras, as well as for the Brooklyn Philharmonic, Opera Orchestra of New York, American Composers Orchestra, and as solo violist with the Bolshoi Ballet. He was a founding member of the Orpheus Chamber Ensemble.

His articles appear in Notes and Strings; he has edited several viola works for publication and contributed to the American String Teachers Association’s Playing and Teaching the Viola: A Comprehensive Guide. The subject of two articles in Strad and one in Classical Pulse, Mr. Avshalomov developed “Inside Passages,” a lecture-demonstration first presented to the New York Viola Society in 2000; gave the world premiere of Giampaolo Bracali’s Concerto per Viola and the American premiere of Alessandro Rolla’s Esercizio 3; and recorded the CD Three Generations Avshalomov with pianists Robert McDonald and Pamela Pyle, which was featured on NPR’s All Things Considered. He has been a member of the Manhattan School of Music faculty since 1984 and of the Aspen School faculty since 1976.

His instrument is by Andrea Amati, from 1568.