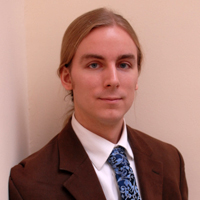 An active performer, Mr. Harrison has been heard often in New York. He hosted a lecture recital series celebrating the 200th anniversary of the birth of Frederic Chopin in 2010 at the Polish American Museum in Port Washington. This series was the inaugural event for “Masterwork Conversations,” his new project focused on creating a stronger bond between audiences and music through an open conversation with the performers. Mr. Harrison also delivered a lecture on Paderewski, the celebrated Polish pianist and statesmen. He was heard in 2011 on WWFM playing Szymanowski and live on WQXR Radio playing the Valses Poeticos of Granados; he has performed at the Kosciuszko Foundation, playing composers from Chopin to Szymanowki, and at the Polish Consulate in a program honoring the virtuoso Josef Hoffman. In 2009 he co-hosted “American Musical Heritage” at the Bulgarian consulate, returning in 2010 for the Haiti Benefit Concert and again in 2011 for a benefit concert for Japan. Each year he gives lecture recitals in Sarasota, where he has also played with orchestra in such works as Beethoven’s Choral Fantasy, Gershwin’s Rhapsody in Blue, and the Hungarian Fantasy by Liszt. He has given preconcert lectures for the Rockland Symphony Orchestra and a talk to the Rockland County Music Teachers Guild entitled “Setting your Student’s Mind Ablaze: an Investigation into the Limitless Piano.”

Mr. Harrison’s graduate and undergraduate piano studies were with Dr. Marc Silverman. He has also played in master classes for pianist and radio host David Dubal, for whom he has been teaching assistant at the Manhattan School of Music since 2003.