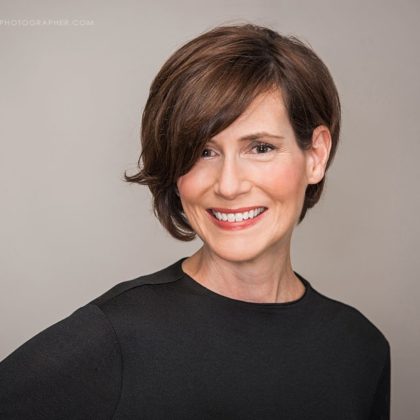 Sue Makkoo’s 25-year career as a well-respected designer and costume director spans the international fashion industry to Broadway. She has spent the past 11 years at the Tony award-winning La Jolla Playhouse developing new work for the stage and has participated in sending numerous shows to Broadway, including Memphis, Sideshow, Hands on a Hard Body, 33 Variations, and Cry Baby. Her passion for collaboration is evident though her tenure at the University of California, San Diego Department of Theater and Dance MFA program. Of the over 300 productions Sue has engaged in the last 10 years, one of her favorites is Yoshimi Battles the Pink Robots with Des McAnuff and Wayne Coyne, for which she was honored to be recognized as an innovator in American technical theater. Other shows include Sideshow, with the Oscar-winning special effects team of Dave and Lou Elsey and Paul Tazewell; Hunchback of Notre Dame, directed by Scott Schwarz and choreographed by Chase Brock, with music by Alan Menken; the Tony award-winning Peter and the Starcatcher, directed by Roger Rees and Alex Timbers; the national tour of Xanadu; and Up Here by Bobby and Kristen Anderson-Lopez, directed by Alex Timbers.

She is proud to have been a part of the development of the sweeping and emotional Come from Away, directed by Chris Ashley and designed by Toni Leslie James. Other design work includes Kentucky Shakespeare’s As You Like It, Twelfth Night, Julius Caesar, and Taming of the Shrew, directed by Brantley M. Dunaway; What Women Want in L.A. with Judy Arnold; Dracula, again with Brantley M. Dunaway, at The Centre in Vancouver; Trip to Bountiful, directed by Gary Logan; and so many more. The greatest artistic education she has received has been in raising her three children. She is a frequent lecturer at UCSD to first-generation college students, reminding them to never forget where they came from, as her roots are sewing with her Grandma at the kitchen table in rural New York.