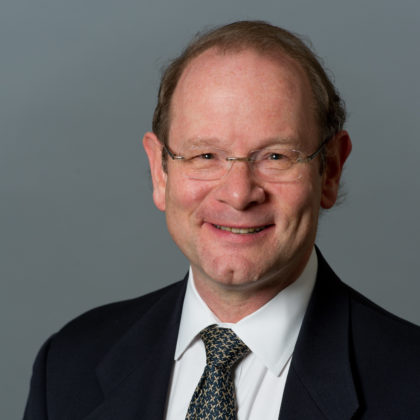 Cellist David Geber had his early musical training in Los Angeles, where he was raised in a family of professional cellists. He studied at the Eastman School of Music and the Juilliard School, from which he holds Bachelor of Music and Master of Music degrees. His principal teachers included Claus Adam and Ronald Leonard. Mr. Geber has been the recipient of numerous cello and chamber music awards, including the Walter W. Naumburg Award and the Coleman Chamber Music Prize. He has appeared as soloist at Tanglewood and Aspen, as well as with the Philadelphia Orchestra and Montreal Symphony. A strong supporter of new music, he has premiered numerous works for cello as well as varied chamber music combinations. As a founding member of the American String Quartet, he concertized with that ensemble for twenty-eight years, giving up to 100 annual concerts and performing regularly in most major musical centers of the world. In 2002, Mr. Geber retired from the Quartet, in order to direct more attention to music administration and teaching.

A member of the Manhattan School of Music College faculty since 1984 and of the Precollege faculty since 2004, he also maintains summer teaching and performing affiliations with Music Academy of the West in Santa Barbara and the Tanglewood Music Center and is a faculty member with DeTao Masters Academy in China. He has recorded for Albany Records, Capstone Records, CRI, Musical Heritage Society, New World Records, Nonesuch Records, and RCA. Mr. Geber frequently gives recitals and master classes in North America and has adjudicated for major international string competitions including Bordeaux, Evian, and Naumburg. He is on the Board of Directors of the Walter W. Naumburg Foundation and the American Friends of Kronberg Academy. His cello is a rare G.B. Ruggieri, made in Cremona in 1667.