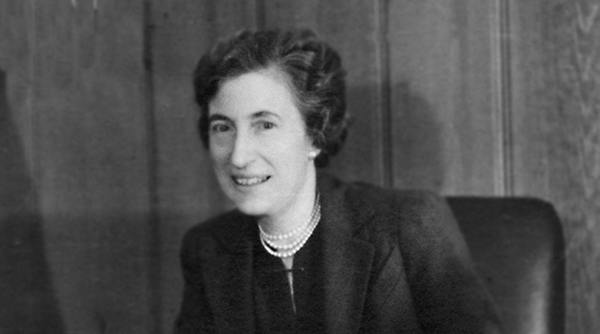 Janet Daniels, a young musician and graduate of the New York School of Social Work, begins teaching music at the Union Settlement on East 104th Street in Manhattan.

Due to the events of World War I, the Union Settlement notifies Janet Daniels Schenck that they can no longer support the Music School financially. She establishes an independent Board which keeps the School going. She is director from 1918–1956. One of the oldest surviving items from the School’s history, showing ledger entries for receipts and disbursements from January/February 1918, when Manhattan School of Music was still known as the Union Settlement Music School. In March, Harold Bauer and Pablo Casals become the founding members of the artist auxiliary board.

There are 120 students, representing 10 nationalities, and a faculty of 23. The fee charged is 50 cents a lesson or 25 cents with two in a class.

The first District Music Service begins, currently known as community outreach, with concerts given at various divisions of Ellis Island, including the tuberculosis and psychopathic wards. Surgical and shell-shock hospitals are visited weekly.

The School’s first charter is issued. The School is incorporated as the Neighborhood Music School under the Board of Regents of the University of the State of New York.

The School has 200 students. In October 1921, the Board of Trustees purchases a building from the Jewish Guild for the Blind, giving the Neighborhood Music School its first real home, at 238 East 105th Street. The building would later be replaced by larger facilities at the same address as surrounding properties became available, and the name would be changed to Manhattan School of Music.

May — The first commencement is held and the first diploma awarded. Hugo Kortschak joins the conducting and string faculties, where he remains for 30 years. Famed violinist Fritz Kreisler joins the School’s Auxiliary Board and his colleagues Harold Bauer and Pablo Casals, who joined in 1918.

The first concert in a public hall is performed in the Heckscher Theatre in May.

The first Town Hall recital is given in January.

In November, the Board of Regents of the University of the State of New York grants the School’s permanent charter. Dora Zaslavsky, one of the first graduates of the School, joins the piano faculty, where she teaches for over 60 years. Philanthropist Mrs. John Hubbard offers to gift the School a modern new building under three conditions: that the $23,000 mortgage on the old property be paid off; that yearly guarantees amounting to a total of $100,000 be raised to cover the next ten years; and that an Endowment Fund be started. The School moves into a new four-story building, built on the same site as the old.

A benefit concert for the School is given by the Philharmonic Society of New York (now the New York Philharmonic) at the Metropolitan Opera House conducted by Arturo Toscanini.

In April, the new building is dedicated and a concert and reception is held for Mrs. Hubbard (delayed because of her travel plans); Harold Bauer performs Bach, Schumann, and Brahms.

New library and elevator for the library are added; a reading room is constructed in place of the entrance court.

Hugh Ross, conductor of New York’s Schola Cantorum, joins the faculty, where he remains for over 50 years. Pianist Ernest Hutcheson gives a recital at the School and meets with students. At the invitation of Director Janet Schenck, Josephine Culver Whitford joins the staff as assistant registrar, and thus begins an over 50-year association with the School. Invitation for a January 26 performance of Noel Coward’s play to benefit the School.

The School has 320 students representing 18 nationalities; there are 44 teachers on faculty. “Our District Music Service (begun at the School after WWI) had made us aware of endless possibilities in the field of creating audiences as well as training our young people in the field of performance. In 1933 we started weekly concerts at the Museum of the City of New York where we still regularly send musicians for recitals and chamber music concerts.” (from Janet Schenck’s “Adventure in Music”)

In December, representatives from twenty organizations met at the school and discussed ways in which music could be used, still more effectively, in their own centers (concerts, musical programs, and talks on music).

There are 403 students representing 25 nationalities.

As part of the School’s District Music Service, 88 programs of music in 29 different centers are given between February 27 and June 5: 37 programs in educational organizations, 31 in social centers, 15 in health centers, and 5 in churches.

“District Music Service” (community outreach) includes 32 concerts at 15 different agencies; 23 additional agencies are reached regularly through concerts, designed especially for the community, and given at the School. Amendment to charter of the Neighborhood Music School renames the institution Manhattan School of Music. The new Hubbard Auditorium and additional rooms added to the building are completed.

A December performance by the Metropolitan Opera benefited Manhattan School of Music. The production was Wagner’s Tristan und Isolde, with Eric Leinsdorf conducting a cast that included Lauritz Melchior and Kirsten Flagstad.